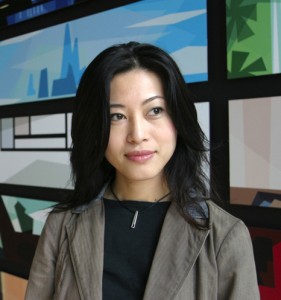 Carmen is a technical director at Pixar Animation Studios for more than 10 years. She worked in multiple disciplines including lighting, character rigging, cloth tailoring, and cloth and hair simulation for various award winning featured animations.

She was one of the presenters at Siggraph for ‘Pushing Tailoring Techniques to Reinforce “Up” Character Design’. In the same year, she received the “Outstanding Animated Character in an Animated Feature Motion Picture” award from the Visual Effect Society for her work on “Up”.

Prior to pursuing her computer animation career, Carmen was a freelance illustrator whose clients included major newspapers and magazines in Toronto, Canada. Computer animation and illustration may seem to be very different, but after all, they are both fueled by her passion in making beautiful images.