“Up” art directors liked to use the word “simplex” to describe “Up” character design. The characters were highly stylized into simple overall shapes, but with complexity within. Carl’s overall shape was simplified into a rectangle. His square shape helped to convey that he was an old man who has been hardened by life. In Carl’s rectangular front profile, there were other square elements that contributed to his design. His square glasses, face, hands and most prominently, his jacket and pants. The art directors also tried to achieve the puppet look for the characters in this film. The cloth material was a lot stiffer and has simpler looking folds than real life fabric. Folds on garments were mostly at expected places such as the elbows and the knees. But in other areas of the clothing, folds are mostly minimized to maintain the “simplex” look; simple contour with complexity within. 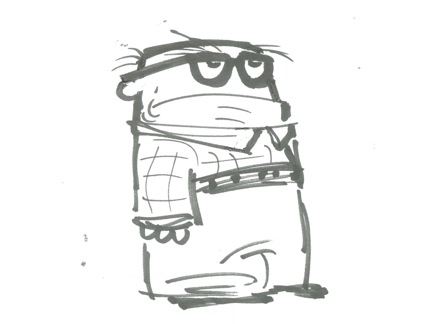 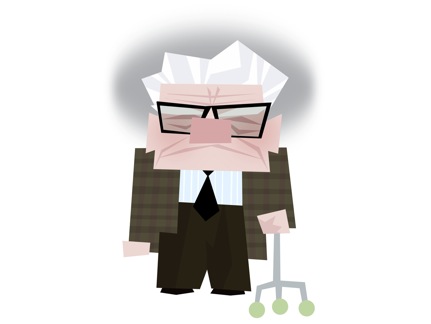 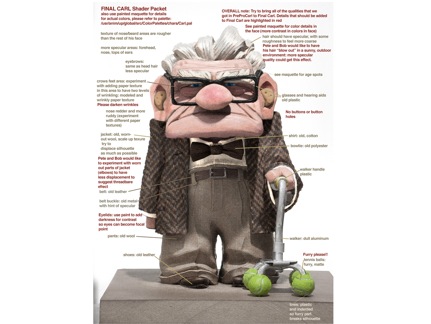 Fig. 3: Carl’s mini sculpture and with colour and texture

In order to make the clothes look good on the characters, the characters need to have the right bodies to support the clothing.  During the design development of Carl, he went through quite a few different stages of “weight gain and weight loss”.  We were trying to make it appear that Carl had lost a considerable amount of weight and that his old clothes were now oversized for his body.   We were trying to find the right balance;  Carl had to be skinny, but at the same time had to have enough meat on his bones to support this clothing.  Carl’s final body was the happy medium. 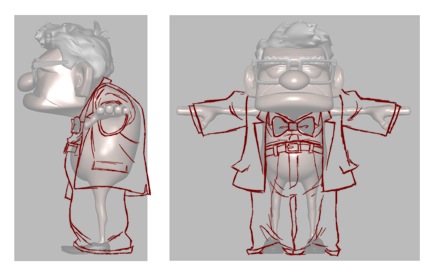 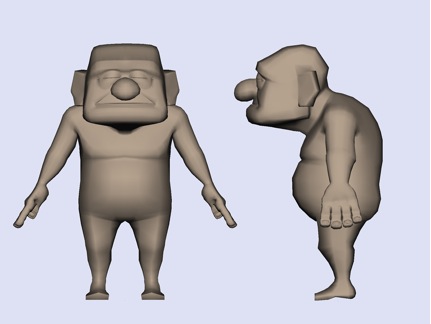 Our work flow mimicked 2D tailoring method in real life, but we did everything digitally.  Traditional tailoring techniques are used to fit proportioned humans. The characters in “Up” were highly stylized, and their proportions were far different from any normally proportioned humans.  In our tailoring process, we had to push pattern alteration techniques pretty far and with lots of cheats to accommodate each caricatured  body. For Carl, the main challenge was that the garment had to maintain its square shape.  In the tailoring process, we made the front bodice panels a lot narrower in width as compared to the back panels.  In this way we could minimize the extra material that caused the unwanted folds.  The lapel line was a lot more vertical as compared to the normal jacket pattern in order to exaggerate the square design.  In order to keep the hemline horizontal in Carl’s side view, we made the back panels slightly longer, and huge darts are created in order to conform to the huge hump back.  (Darts are triangle folds sewn into fabric to help provide a three-dimensional shape to garment. They are frequently used in women’s clothing to provide a fit that closely follows the shape of the bodies.) 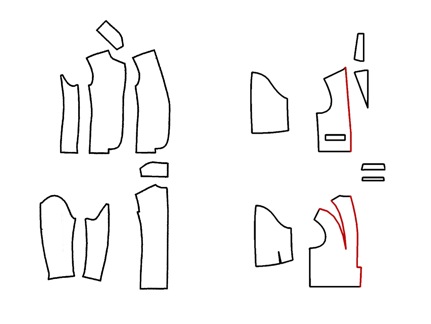 In traditional tailoring, interfacing and soft objects, such as shoulder pads add structure and form to the garments. Carl’s shoulders were round and sloppy.  It was critical that Carl’s jacket supported the square art design.  To give the jacket a more structural and right-angled look in the front profile, the straightness and angularity of the shoulder lines were exaggerated by using augmented shoulder pads. 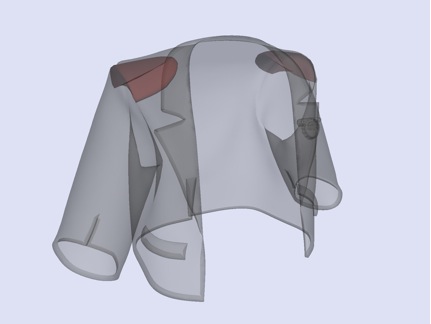 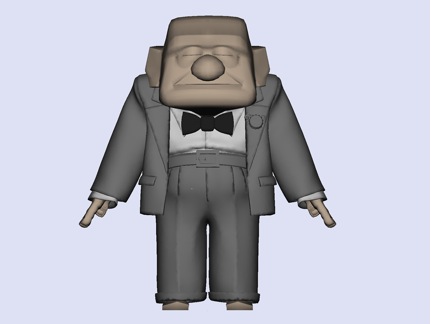 In Carl’s younger adult form, to maintain the square look of the pants, the tailor required the use of a rectilinear inseam.  This technique would be avoided in traditional pattern drafting, but proved useful when drafting a pattern that contributed to the square shape of Carl. 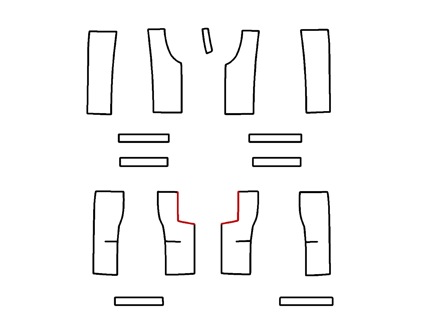 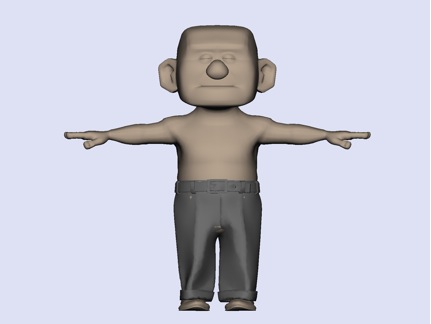 Building Pants That Walked with Carl

Experiments with rigged cloth tended to produce rigid, hard garments with no sense of movement and life. For Carl specifically, it resulted in lumpy elephant legs. In a moment of desperation, with Carl’s clothes still not achieving the look Art and Animation was looking for, one of the lead animators said, “I draw the knees of the pants the same every time. Why can’t his clothes do that?!” Regardless of what the character was doing before or after he bent his knee, the animator would always draw a simple fold that would collapse upon itself. Our solution was a rig/sim blend. A duplicate mesh was rigged to follow leg animation, taking care to shape the thick, animation-specific fold at the back of the knee at all degrees of rotation. At simulation time, a web of weighted springs shaped the simulating points toward the target fold at each execution, with varying degrees of strength. The result was a dynamic simulation that followed Carl’s knees as they moved.